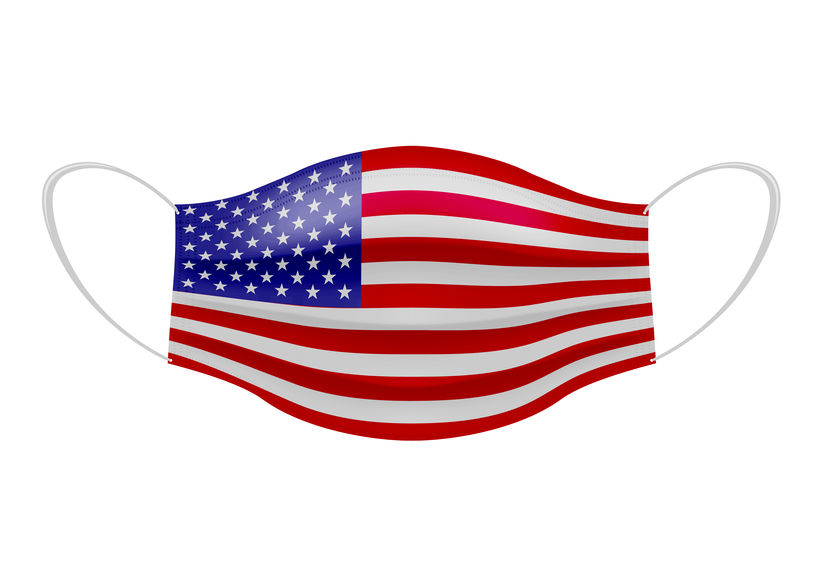 Yesterday Hong Kong recorded no new Covid 19 cases for the third time in a week while the United States was rocketing toward a million reported cases. Hong Kong people continue to go about their business while in the USA, many businesses are closed and people are staying home. Except, of course, for gun and sign-toting extremists who claim orders to stay home and cover their faces infringe on their personal liberty. As someone who lives in both places and writes about my experiences with Chinese versus American culture, I am stunned by the contrasts. What is going on?

In America, I hesitate to go out. My husband and I are planning our future house on Whidbey Island, and yesterday my youngest brother, who works for a developer, invited me to visit new houses on the “other side,” as islanders call the mainland here. He assured me no one had been to those sites in over a week. Normally I would jump at the chance. Then I thought about riding the ferry, the stay-at-home order still in effect, the fact that I am staying with my elderly mother and my sister who is undergoing chemo. Typhoid Mary popped into my head, and I decided to stay home. These times are plenty weird, but for me, the weirdest part was realizing that if I were still in Hong Kong, I would have gone. I would have donned a mask and taken the train, the subway, or a taxi. I might have even visited my elderly in-laws and eaten lunch in a restaurant. I would have been cautious, but not fearful. Not the kind of paranoia I am feeling in the USA.

So what’s the difference? I’d put my money on independence versus interdependence. As I’ve said before, Hong Kongers lived through SARS and MERS. They know the drill, so I trust everyone to protect themselves and me. Before masks were mandated in Hong Kong, only westerners chose to go out in public bare-faced (to be fair, some found themselves without a supply). Recently my husband (Hong Kong Chinese) told me that he took a taxi to a local eatery with a western colleague who was not wearing a mask. The driver said (in Cantonese, which the colleague doesn’t speak) that he was afraid to transport westerners because they weren’t following the recommended practices. Hongkongers see the mask as mutual protection.

I’m happy to say that when I venture out for groceries in our little corner of the Pacific Northwest, the majority of people are now wearing masks and many also wear gloves. Our supermarket allows only fifty people inside at a time and has erected plexi shields between shoppers and clerks. No home bags are allowed, and carts are being sanitized. All good, yet I am aghast at how long it took to adopt what was already working in Hong Kong. A mask had been part of my standard attire since January, but mask-wearing was still being stigmatized and discouraged in the US when I arrived in March. In a recent visit to the local bank with my sister, appointment only, I saw one teller who was unmasked and another wearing hers over only her mouth. The notary handed my sister an un-sanitized pen (my sister wisely brought her own). The bank could all have used a blast of Hong Kong’s ubiquitous infomercials on virus protection. My hands may feel like paper, but I’ll never wash them the same way again.

Many states in the US are now cautiously reopening for businesses. With spotty testing and endless misinformation from the government, no one knows if this is a good idea with regards to public health. It’s a lifeline thrown to people desperate to pay for food and housing after the closure of non-essential businesses in many states and in a country whose social safety nets are full of holes. By contrast, Hong Kong’s government closed borders and selectively closed bars, gyms, and karaoke parlors as well and limited government services where lines are inevitable. It banned public gatherings of more than four people and required restaurants to restrict the distance between tables and the number of people per table. This period has been hard on many small businesses, but for most people life has gone on.

If I return to Hong Kong now, I will be quarantined for fourteen days, and that’s ok. Early on, Hong Kong was able to quarantine patients and regulate visitors in ways that are challenging to impossible in the USA. One factor is that Americans value independence, but so do Hongkongers. Hong Kong was plunged into virus protection measures immediately after months of pro-democracy protests, and its Beijing-beholden government has recently used the new restrictions as a cover for arresting pro-democracy leaders (much like the US president has used this crisis to halt immigration and reverse environmental protections). That said, I’ll leave the political debates for others. I’m most interested in how this plays out in public and how independence is being interpreted in terms of “I” or “we.” We, in our homes, communities, or the world, will make it through this if everyone looks out for everyone. That’s interdependence. Wear the mask, wash your hands, don’t touch your face. Do it for yourself and others.