Fear and Loathing in Memoir Writing 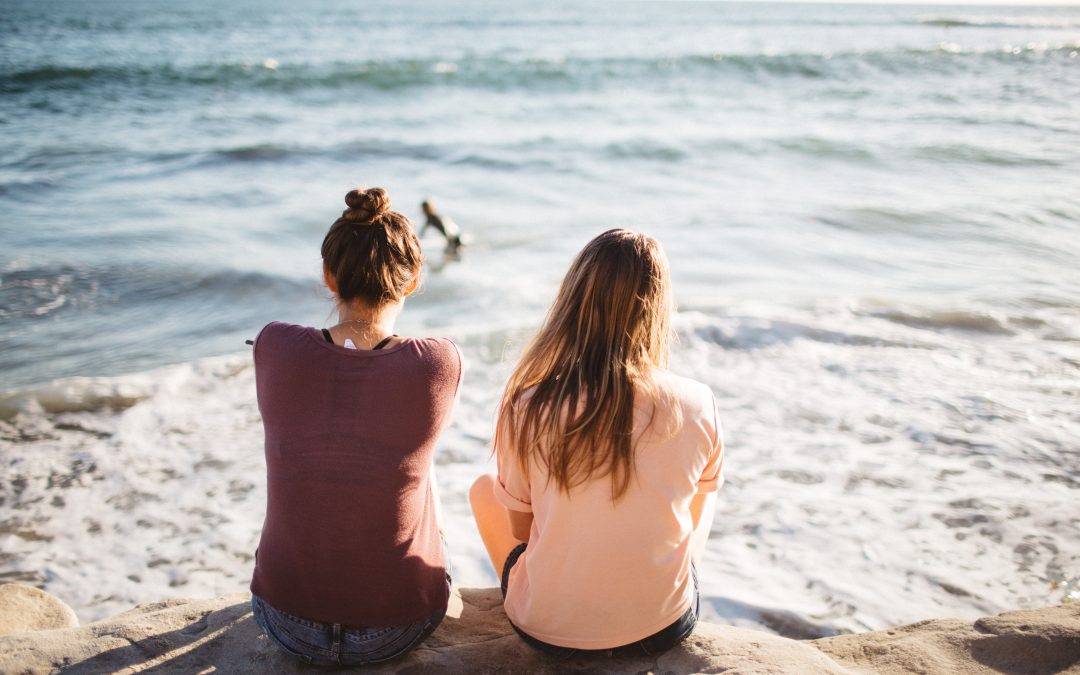 Sometimes my memoir writing seems like a chain of encounters with ditched selves who keep showing up. Of it is me who sent out the invitations. Me who set the table and prepared the food. Why then do I find myself wanting to hide in the broom closet or under the bed when they come knocking? Even when they arrive carrying flowers, I’m afraid they plan to break the dishes and poison the punch.

The Houston astrologer who did my chart when I was in my late thirties pointed out two knots in my cosmic web. She said—based on my Sagittarius rising sign, my birth to a pair of Sagittarian parents, and my marriages to two men born ten days apart in a particularly fortuitous December—that I had some “serious Sagittarius shit” going on. Sizing up my chart as a whole, she then pronounced that my life task was, like that of the cowardly lion in the Wizard of Oz, to get me some courage.

Discerning cowardice from bravery, however, depends on the light. I went back to school in my forties where a college classmate younger than my daughter once said, “You’ve really lived your life. You’re so brave.” Given my history of choosing the wrong men and taking the wrong turns, my Sag shit if you will, I have always felt more leaf in the wind than heroine. A dazed actor stuck in an ever-changing stage set. If walking out on two marriages and a series of jobs constitutes courage, why had I spent decades berating myself for always taking the easy way out? And what was I doing starting my Ph.D. at age forty-six? Could I reclaim all that time lost on detours?

Writing memoir means I’m on an endless string of first dates with my past selves. They can’t see me, so they fidget and watch the door. Invisible, I check out their clothes, their body language, their wandering eyes. And I pass judgment. Some of them are posers. Some can’t stop weeping. One is very pregnant in striped overalls. One is wearing elbow length gloves and seamed stockings over a suggestion of a skirt. One has gone all dark and asymmetrical. They are all fixated on the bad boy at the bar or onstage or in front of the class. I want to slap them for being so self-important or silly. I want them to wise up. When rise to go, it’s clear they don’t give a shit about me.

As their future, I first followed them around like the ghost in an afterlife film. Just there, left of a shoulder, shouting advice and warnings. Don’t get in that car! Don’t have one more shot! Don’t get in that tanning booth! Don’t fall for that line! And when they went on to do what they were going to do because that is how the story goes,I ramped it up. How could you be so stupid! What the hell is the matter with you? Can’t you see you deserve more? What about me? I channeled a parental voice they had done their best to leave behind.

Of course if they could have heard me, and I could have changed their paths, there would be no stories for present me to inscribe. The challenge of being an aspiring memoirist is resist throwing my up hands and stomping off in a dust devil of self-loathing. To calm down and sit quietly beside my former selves. To listen. To look around. To ask questions. What are they afraid of? What do they know and not know? What have they been told and where have they been so far? How have they been hurt or disappointed? What delights them and gives them hope?

If I hold very still, sometimes one of them lifts her head and looks in my direction, as if she senses someone there.

I have to inspire enough trust to uncover their secrets. I need to consider the times and places they have steeped in and remember that what most of us know about love at sixteen or eighteen wouldn’t fill a Dixie cup. No matter how many books we read, what we know about the world is just book smarts before our “truths” get road-tested. The more potholes and hairpins turns the better.

My former selves are not fearless heroines. They are chickenshit scared of everything from embarrassment to the dark. And because I am where they are going, I know none of them will ever backpack through Europe or skydive (because I want my own bathroom and have no desire to plummet). They will make crazy choices and have regrets. And as the writer that they will become, I have the power to grant them clemency and compassion for their shortcomings. I can be ready with a vase in case they bring flowers.

If I set aside judgment, I can see that they are heroines despite their fears and foibles, maybe even because of them. Each time I invite in a rejected past self and plumb her story, I connect her/us/myself to the possibility of wholeness. That, it seems to me, is the ultimate gift of writing memoir.