Patching the Past Together in Eureka Springs, Arkansas 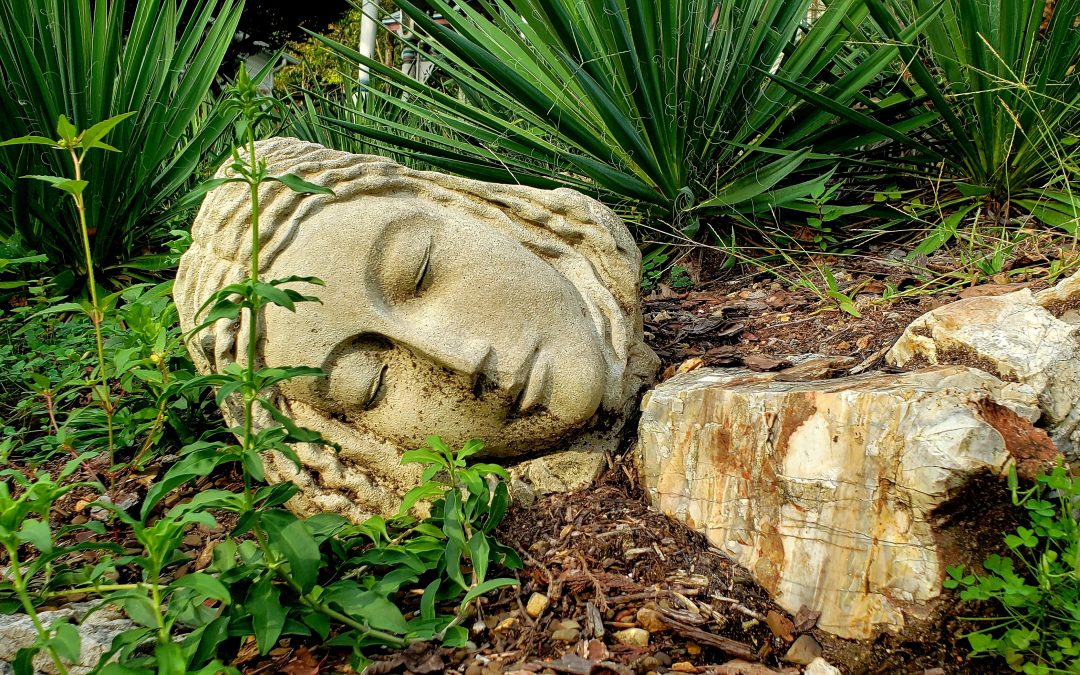 Today begins week three of my writing retreat at The Writers Colony at Dairy Hollow in Eureka Springs, Arkansas—none of which has turned out as planned. I had stellar intentions of marshaling my days into morning writing sessions and afternoon explorations for research. I should have known better. Over four decades ago, Eureka Springs was the first place I lived after I left home at eighteen. It was the setting of my coming of age via my first cross-cultural experiences, the birth of my daughter, and the demise of my first marriage. I’ve been overwhelmed.

Tangling with the ghost of Christmas past requires flexibility.

I had to do a lot of toughening up and wising up before I could make this return journey, and memoir writing got me this far. After completing a manuscript about more recent and less treacherous times, I figured I had the tools to dig deeper and farther back. Months ago I drafted the hardest scenes, putting words to memories I’d planned to take to my grave. I outlined a story arc. But finding the bigger story requires always requires you to let go of the small one in your head. To open up to the messy realities, the uncertainties, the multiple interpretations.

Metaphors are handy tools for making sense of experience. Like a fancy camera lens, they can be used to hone in, edit out, and contain the view. Chiggers, for example. Somewhere in my first couple of days here I stumbled into a chigger patch and spent a week of nights draped in wet washcloths while trying not to claw off my skin. Turning red bugs into metaphor can’t contain the itch, but it’s a good distraction. Blood sacrifice? Initiation into the past? An anchor in the present? The need to go beyond skin deep?

Metaphor can be a pickaxe or a gardening tool. On one of my first walks, I spotted the concrete figure of a sleeping woman. Just a head, but as I looked, the stones beside her suggested a body. I saw her as my eighteen-year-old self full of idealism and headed for a fall. Was she broken or sleeping? Maybe she/I was simply dreaming. On my second walk, I saw that her head was a seemingly empty flower pot. On a later pass, I noticed a small yellow flower had sprouted above her left ear. What do I make of that? A lot, if you are so inclined.

My first week here I felt like Rip Van Winkle who woke up to find himself sporting a long beard and everyone around him aged by twenty years. My time span away is more than double his. The hippies and locals I knew from the 70s have grayed and aged. Several have passed on. (On the flip side, at least one rumor to that effect has proved untrue.) When we meet, we are elders flipping through mental photo albums, looking for the place where we came together, the place where our paths diverged, a place to restart our story.

In a region known for its creepy critters—centipedes, scorpions, and poisonous spiders and snakes—I learned back then never to go near a woodpile unprepared. I may be poking the past with a stick, but this time I’m wearing protective writer gear. Even the snakes are old now, and hearing the truth out loud is the best venom antidote there is. As for the lies told back then, who can ever know for sure what was true?

Occasionally my questions are unwelcome, especially when they prod at memories someone has intentionally tamped down and left to molder. For the most part, my research is providing opportunities for happy recollecting. I’ve spent some lovely lunches reconnecting with people I used to know, learning about their lives before and after that era when we were all trying to figure out who we were and how to live. I’ve chided myself for being so shy or self-absorbed in my twenties that I didn’t ask for their stories back then.

And because it was all a long time ago and not everyone was in their right mind back then, asking about the past rustles up heaps of confusion. Timelines are scrambled. Memories, shaken out, resemble moth-eaten sweaters. The story I hear from one person is contradicted by the next. Maybe this is always the writer’s puzzle: how do I make a whole out of fragments?

The writer’s answer is, you guessed it, metaphor. I’ll be turning that ever malleable tool into a needle. Old-timers here made quilts out of scraps, and when I return home and look over my notes, I’ll be taking up a craft worthy of this colorful region and hoping a pattern emerges. Or not. I’ve always considered crazy quilts—patched out of whatever remnants were at hand—the most beautiful of all.